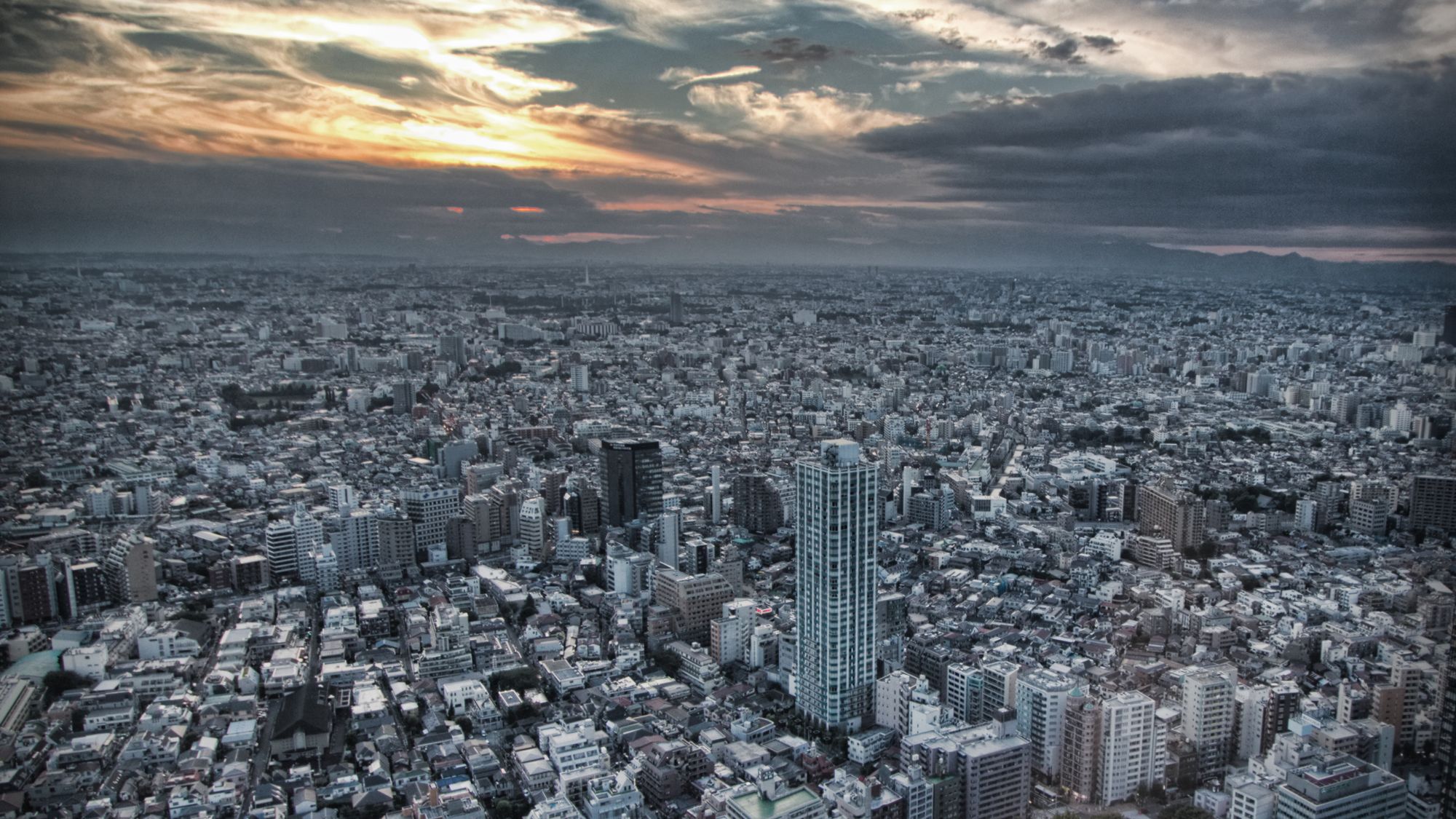 Where to go in Tokyo

I get asked about where to go in Tokyo about twice a year. The confusion is easy to understand. There's so much to see, but because of its remoteness it's unlikely that you'll come back to Tokyo soon. At the same time, you don't want an overwhelming and exhausting trip

I get asked about where to go in Tokyo about twice a year.

The confusion is easy to understand. There's so much to see, but because of its remoteness it's unlikely that you'll come back to Tokyo soon. At the same time, you don't want an overwhelming and exhausting trip that you can't savor.

I love the opportunity to introduce people to this awesome city, but my recommendations tended to follow the same paths. I soon decided to compile those recommendations into an itinerary that most people could enjoy.

With that said, here is my recommendations for three days in Tokyo. What is not written here are the niche destinations that support your own unique interests or hobbies. My assumption is that you don't need me to tell you about those. No matter your interest, there is something amazing in Tokyo for you.

For a stop which will challenge none of your preconceptions, get off the metro at Asakusa station and head towards Sensoji temple. You will be packed in with thousands of other tourists as you walk slowly by a number of souvenir shops. Stock up on ninja stars and folding fans as you head towards the most accessible of Japan’s Buddhist temples.

The Asakusa experience—the trek down Nakamise street to Sensoji temple—is maximum Japanese kitsch. It probably seems like I hate this place, but I always take people here. You've just got done with an exhausting flight and you want to feel in Japan. This is where you can get that, pictures, and souvenirs all in one stop.

Tokyo Skytree is the tallest structure in Japan, and a great (if expensive) way to get an overview of the city. Your view will depend on the air quality, but I think a hazy view of Tokyo is striking in its own way.

Tokyo is big. Really, really big. And unlike most western cities, there isn’t a clear “downtown” where everything radiates from. People generally get around by train, making every station its own little hub. You’ll see some larger clusters of buildings, but buildings of some sort extend endlessly no matter where you look.

I think it’s impossible to appreciate the scale unless you visit many of those stations individually and start to consider them in aggregate. But you can get a visceral shortcut by looking from above.

Get on the train, travel past Asakusa, get off at Ueno Station and take the Park Exit.

It should be refreshing to see the wide green spaces of Ueno Park by now. You’ve probably noticed that Tokyo is kind of ugly. I think it's plenty charming and there are a few examples of great architecture, but generally picture yourself surrounded by concrete buildings from the 80’s.

Enjoy the green space and walk around Shinobazu Pond. Then, depending on your inclinations, either go to Ueno Zoo, Tokyo National Museum, the National Museum of Nature and Science, or the Tokyo Metropolitan Art Museum.

Find a cafe to rest your legs and get a small bite to eat to tide you over until dinner, then take the Yamanote Line to Shibuya Station

Now that you’ve seen Tokyo’s traditional side, visit Shibuya. I recommend you visit after dark for maximum effect. First find the Hachiko statue, cross the famous “scramble” intersection, then make your way down one of many branching streets bathed in the warm light of advertisements.

To me there’s a comfort in this—being anonymous, surrounded by people who couldn’t care less about you. By all means, head to one of the many great bars, restaurants, izakayas or nightlife spots, but also allow yourself to enjoy being part of a world-class bustle.

Get dinner and drinks, try doing Karaoke, get back to your lodging before the last train

If you haven’t drank too much, get out early. The Imperial Palace is right in the middle of the city so head to the nearest part of the palace from your lodgings.

No matter what direction you approach from, begin walking the perimeter. You can't go inside, but by walking around the palace you still get to experience the surrealness of this serene, green oasis surrounded by some of the most dense urban land you’ll ever see.

Despite being high on most people’s lists, there’s not much to do at the Imperial Palace besides walk (or run) around it. But make sure you at least make it around to the southeast side for the iconic view of Nijubashi Bridge. It’s a site where you can see the furthest into the palace grounds and it seems like the elements were purposely placed to compose an amazing photo.

Once you’re done, follow the signs west toward Tokyo Station, take the JR Musashino or Keiyo line and get off at Maihama Station

It seems like even the Disney fanatics forget that Tokyo (technically Chiba) has not one, but two Disney parks. You could easily spend two whole days visiting both parks, but for a quick trip one is enough.

What’s the difference? Disneyland is older and more of a traditional Disney experience. You have Cinderella’s Castle in the middle with multiple themed zones surrounding it. DisneySea is newer, and is aimed towards a slightly older crowd. That’s not to say that adults and kids wouldn’t find both enjoyable, but that DisneySea differentiates itself with a few more “thrill” rides to choose from and the ability to buy beer.

It’s easy to be cynical about Disney parks, but the experience is never a let down. The attention to detail and the passion of the staff—the performers and the more conventional workers—are sure to bring some genuine smiles.

We are generally staying in the Tokyo area, but Kamakura is still a must-see destination for me. Despite being only an hour away it feels like a completely different side of the country.

At one point, this coastal town was the capital of Japan. Now it is a major religious and traditional destination. Walking around the town itself is enjoyable enough for me, and there are plenty of gardens, temples, and shops to keep you interested.

The main attraction is the Great Buddha statue, an enormous figure made out of bronze. Surprisingly, it is only the second largest Buddha statue in the country, with the Buddha in Nara being a little bigger. For an extra fee you can actually go inside the hollow statue.

But the Kamakura experience for me is to try out some of the great restaurants near the main drag, pick up some snacks or a beer at a convenience store, and then walk to the beach.

When you’re done in Kamakura, get on the Enoden line and get off at Enoshima

The Enoden line is one of Japan’s great, small rail lines. It has a unique, old fashioned character and I love looking out the window as you pass through countryside and residential areas.

Get off at Enoshima Station and walk towards the beach. You’ll see Enoshima Island connected with a long bridge. I never go to Kamakura without visiting Enoshima. It’s a small but steep island, so you’ll have to enjoy stairs. At one point there is an extremely long escalator that takes you to the top but I always enjoy the weaving staircases that go past shinto shrines. You can usually spot a cat or two.

At the top is an observation tower which gets you great views of the mainland. The island also has some fun food stalls, a first-rate hot springs, an aquarium, garden, and some caves.

We'll finish the evening back in Shinjuku, the area which has the strongest claim to being Tokyo's "downtown." Shinjuku is less rowdy than Shibuya with the west side of the station being the major financial district, but there's plenty to do in the evenings.

Shinjuku is, to me, quintessential Tokyo. You can find almost anything there. It's pure chaos yet oddly restrained and orderly.

If you're of the drinking persuasion, be sure to visit Golden Gai. It's a crowded street packed with tiny bars with odd themes like "haunted hospital."

But no matter what you're interested in, walk the streets along the main drag of San-chome on the east side of the station. At night it's an unforgettable experience.

I hope this is just the beginning of your trip to Japan, and you'll go on to explore other cities as well. There's also Kyoto, Osaka, Sapporo, Nara, Hiroshima just to name a few of my favorites. Even if your itinerary is loose and you're just riding the rails, it's truly a joy to spend time in Japan and I feel honored to have lived there for six great years.